​​THE OFFICIAL SITE OF THE JEFFERSON CITY RENEGADES

Biography: Has worked for the state for 30 years.  I have been a baseball fan all my life and I love the family aspect of going to the ballpark.  I have been taking my daughter to games since she was a toddler.  I have been involved with community projects for several years with Jefferson City Jaycees and am excited about helping promote the Renegades to everyone in the surrounding areas.  I will be happy to come talk to your group at the renegades.  See you at the ballpark! 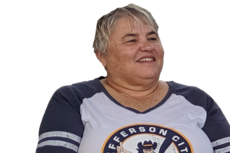 Biography: Owner/Operator Batteries Plus Bulbs - Jefferson City. I have been involved in sports my whole life with baseball being a huge passion and I am excited to be able to help run the Renegades giving my two children the opportunity to experience minor league style baseball here in Jefferson City.

Renegades Board of Directors

Biography:  Jeannie is the Renegades Host Family coordinator and an active board member. Her baseball roots are long and deep. She has visited 27 MLB parks and numerous Minor League venues. She has also made multiple visits to the Field of Dreams in Dyersville, IA, the Baseball Hall of Fame, and the Negro Leagues Museum. She looks forward to when women can play Major League ball. She is married to Steve, also a baseball fan, and lives in Linn. Like Katie Casey in the song, Jeannie sings, "Take me out to the ball game."

Biography: Originally from Cairo, MO.  Starting playing baseball at age 5, leading that 8U team in dandelions picked. Husband of Lynnette, and father to Kelsey and Cody.  Has coached over 900 baseball and softball games, from traveling ball to college ball, including 13 years at the high school level.  Currently a teacher and assistant softball and baseball coach at South Callaway High School.  Entering his third season as a Renegades coach.

Biography: Shawn Cockrum has been a member of the Renegades Board of Directors since 2018, but has been the “Voice of the Renegades” since the team’s inception. As the Public Address Announcer (or as Shawn calls himself, the “Coordinator of In-Game Experience”), Shawn prepares a script and reads all pre-game announcements and introductions. Shawn has been announcing games and events around Mid-Missouri for more than a decade. His most high-profile gig, prior to the Renegades, was announcing the state high school basketball championships for many years. 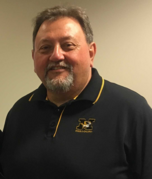 ​​​​​Our Board Members for the 2019 Jefferson City Renegades who so generously donate their time each season.

Biography: A resident of mid-Missouri for over 25 years and a lifetime baseball fan, when I heard a team was being established in Jefferson City, I had to get involved.  Married for 21 years with two daughters.  Started my nuclear career at Ameren’s Callaway Energy Center in 1993.  A quote from former major league pitcher and author, Jim Bouton, sums up my love for the game: “You spend a good piece of your life gripping a baseball and in the end it turns out that it was the other way around all the time.”

Biography: Todd is a graduate of Southwest Baptist University in Bolivar, MO, with a Bachelor of Science Degree in Business and Sports Management. Todd Spalding joined Jefferson City Parks, Recreation and Forestry in January 2016.  His responsibilities include hiring and management of all personnel, operation and programming of all recreation facilities, maintenance and management of all park grounds, trails, and recreation facilities as well as implementation of the Parks and Recreation Capital Improvement Program, management of the Commission’s fiscal affairs, and the long-term stewardship plan.